Bush Ross Shareholder Carter Andersen was recently presented with the Hillsborough County Bar Association's Red McEwen Award.  Mr. McEwen – who passed away in 1976 – served as President of the HCBA in 1949 and was Hillsborough County State Attorney and a prominent civic leader.  Each year, recipients of this longstanding award are recognized for their outstanding assistance and support of the HCBA President during his or her term, and whose individual service and contributions will have an everlasting positive impact on the organization.

In presenting the award, HCBA President Susan Johnson-Velez recognized contributions not just by Mr. Andersen, but by other members of Bush Ross. 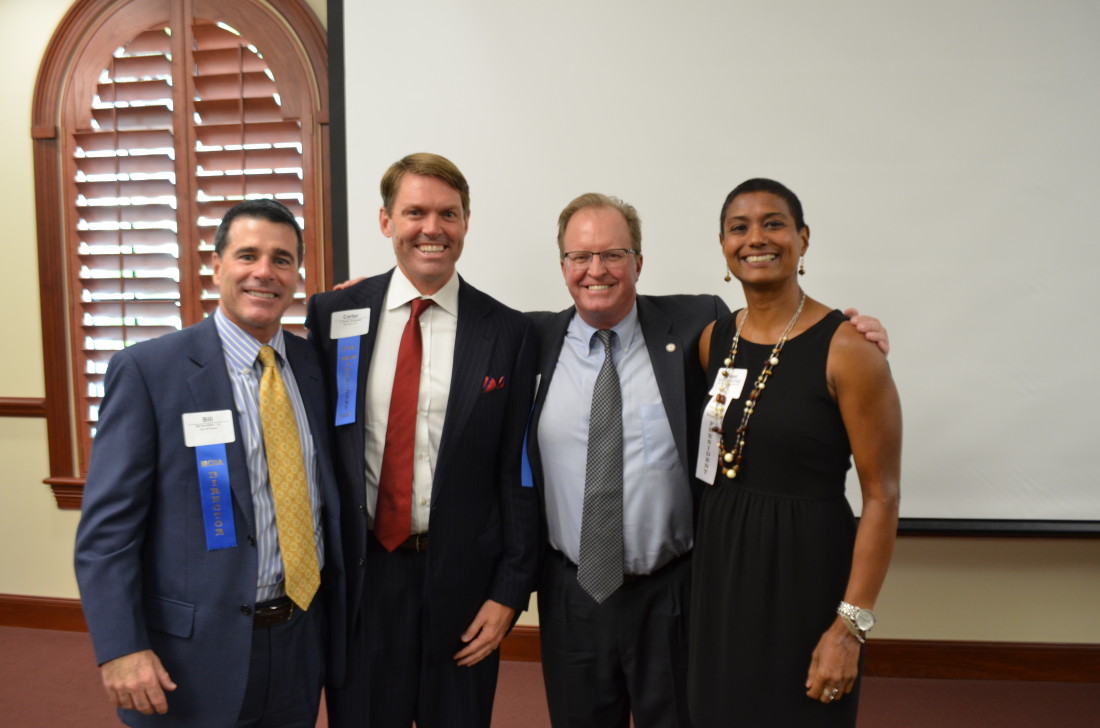