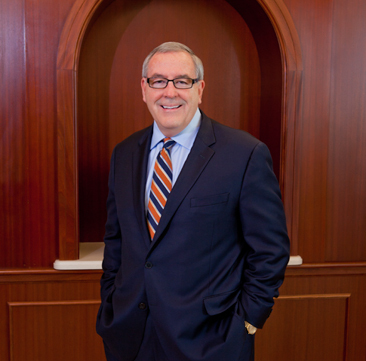 Jeff Warren has a nationally-recognized legal practice in Chapter 11 reorganization cases, both as a courtroom counsel and as an out-of-court negotiator and problem solver. Mr. Warren was lead bankruptcy counsel to the debtor, Celotex Corporation, in one of the largest Chapter 11 cases ever filed. He successfully argued Celotex v. Edwards before the United States Supreme Court, establishing national precedent regarding the jurisdiction of bankruptcy judges. Mr. Warren’s experience in and out of court has equipped him to render advice to business clients seeking solutions for complex commercial problems. Mr. Warren is a certified Circuit Mediator by the Florida Supreme Court.

Fellow of the American College of Bankruptcy

Past Director, President and Chair of the Tampa Bay Bankruptcy Bar Association.

Past Chairman of the Consumer Protection Committee of The Florida Bar.

United States District Courts for the Middle, Northern and Southern Districts of Florida

United States Court of Appeals for the Fourth, Fifth, Tenth and Eleventh Circuits